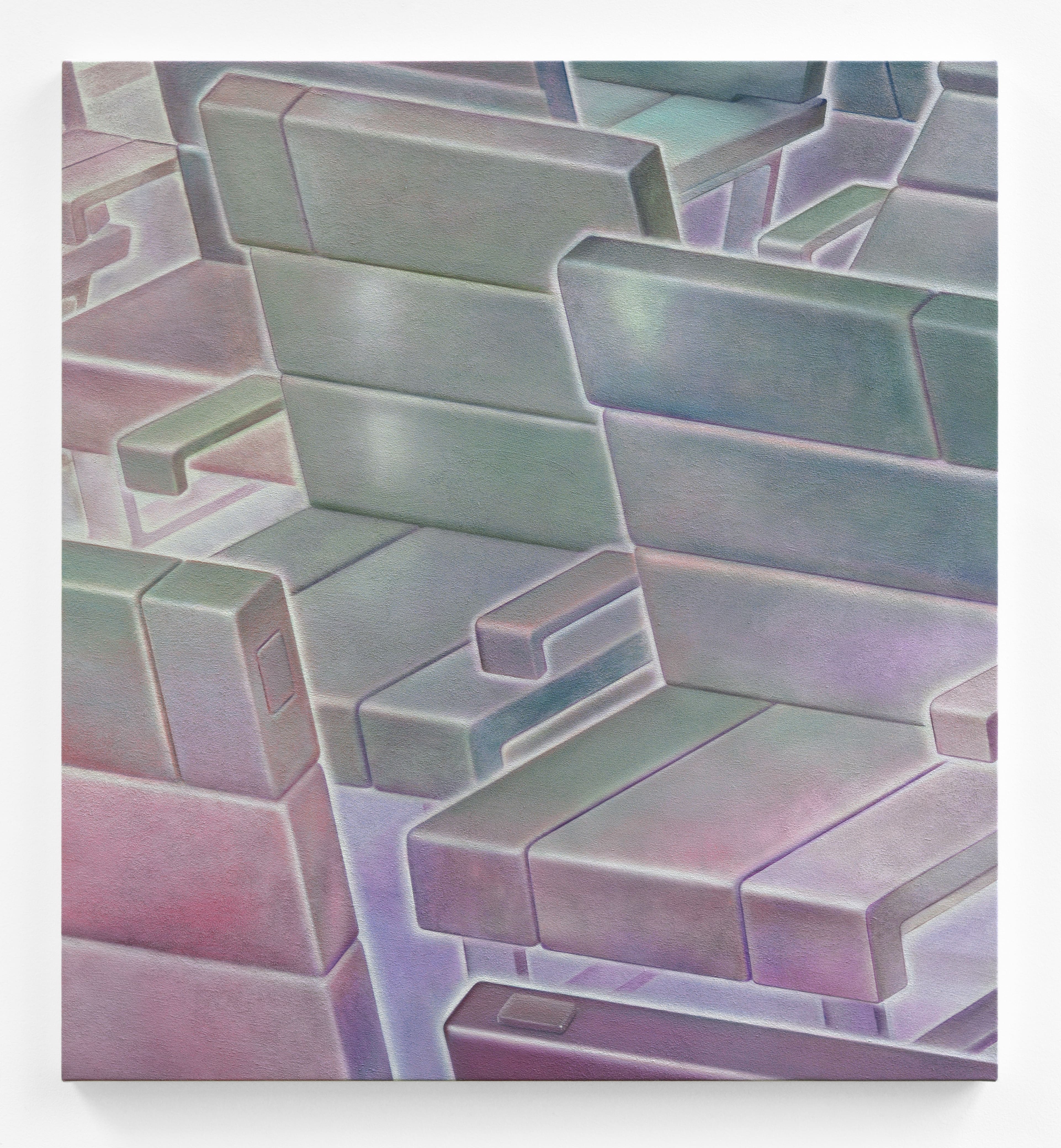 Galerie Mighela Shama is pleased to present Over-Simulation, the first Swiss solo exhibition of British artist Richard Burton. Artist in residence, Richard Burton has been working in Geneva for two months. This opportunity to escape from his daily routine enabled him to plunge into an intense period of work in which he produced approximatively 10 canvases. 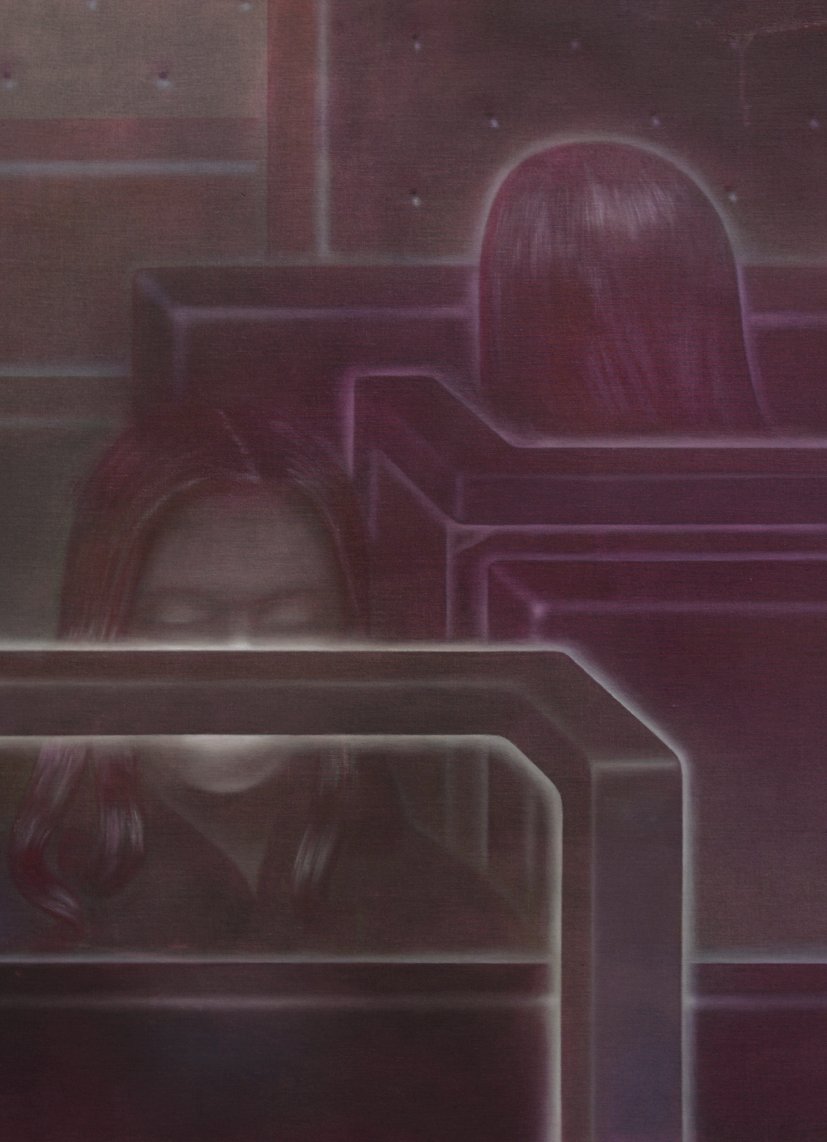 Burton is preoccupied with the notion of work in our contemporary societies. He is presently reading Jean Baudrillard’s Simulacra & Simulation, which seems very relevant to his current paintings. The map, namely the representation we ascribe to a given phenomenon, potentially precedes, if not annihilates, our perception of reality.

Adept of worldbuilding (creation of fictional worlds), Burton continuously questions the border, not to say the fracture that separates the image from its representation. How can one differentiate the real from its copy? What balance is to be found between the signified and the signifier? And more importantly, what remains to be said and to be shown when everything has been exhaustively repeated and replicated?

Extracting oneself from an overly saturated world without sinking into alienation is one of the assumed quests of this gifted artist. The singularity he underlines is nestled within the excessive repetition of the banal. What he obsessively seeks is the vanishing point, the element that strikes beyond dissolution. 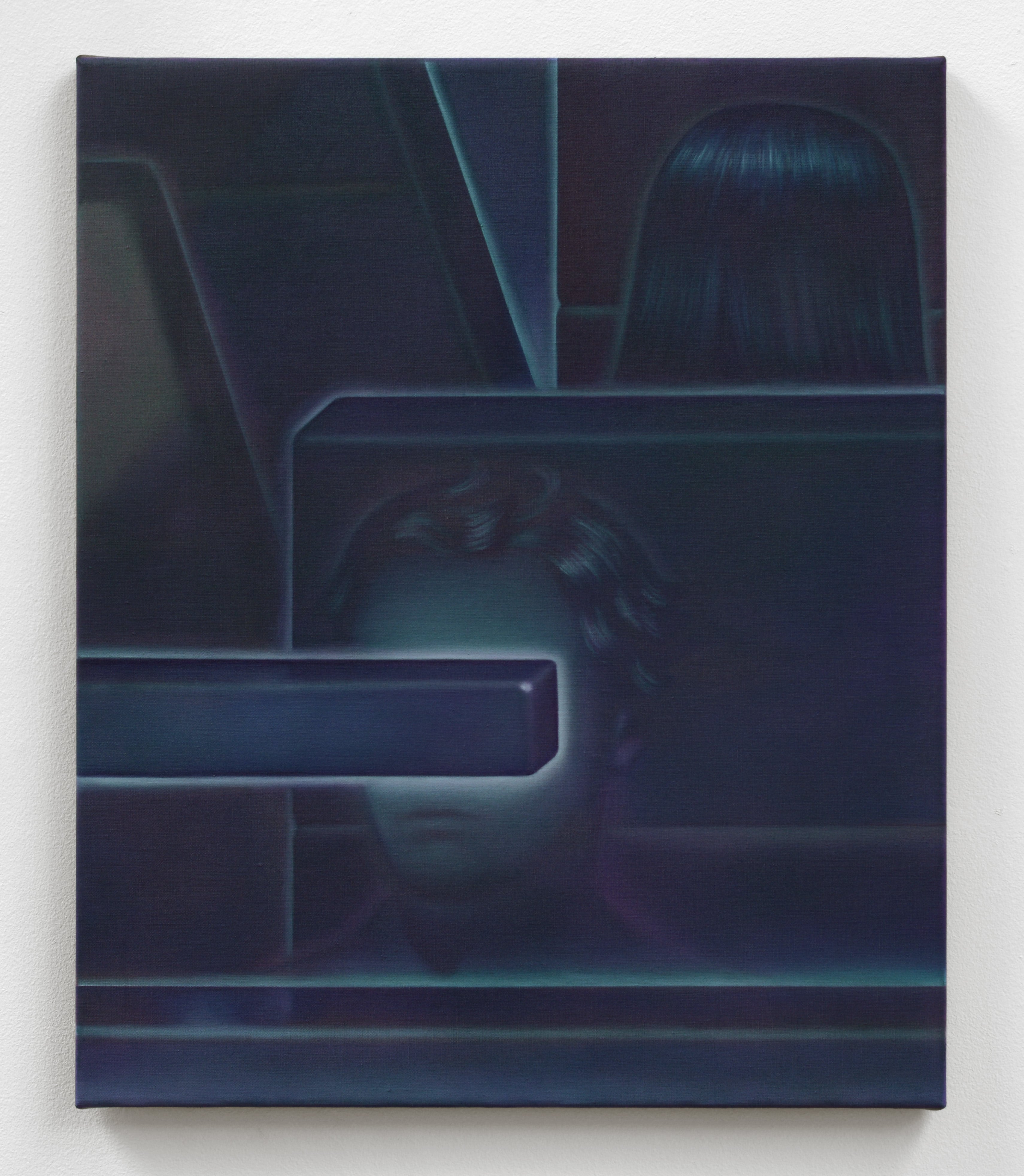 Richard Burton’s work is an enigma. A number Pi which declines to infinity, which turns, ruminates, erases and replays. His canvases are capsules, scenographies frozen in a dimension that is no longer ours. They evoke an abrupt pause, the death of an image which nevertheless continues to accelerate. Where are we? Who are the ghosts that appear and disappear from one painting to the next?

Burton certainly masters his technique. Sensitive to each layer and texture detail, Burton partly acquired his skills by studying the old masters. Today he privileges oil paint with a manifest attraction for magenta and other synthetic colours, which lead us away from earthy tonalities.

If he had to be reincarnated, Burton would choose to come back 20,000 years ago, in a time where humans where nomadic, moving from one place to another with minimal possessions. He would be curious to live in an environment sheltered from overstimulation; a sparse and uncluttered world where the notion of work and production hasn’t yet taken over every facet of existence. Yet he remains paradoxically fascinated by the man-made, overabundance and saturation. An example of this is his interest in Mannerism, an artistic movement which marked a crisis at the end of the Renaissance. Associated with ideas of imitation and self-reference, Mannerism arguably continues to persist in contemporary painting. For Burton however, this multiplication of the same isn’t necessarily negative. It’s an integral part of our reality (or hyperreality) and our only hope is to respond to it. 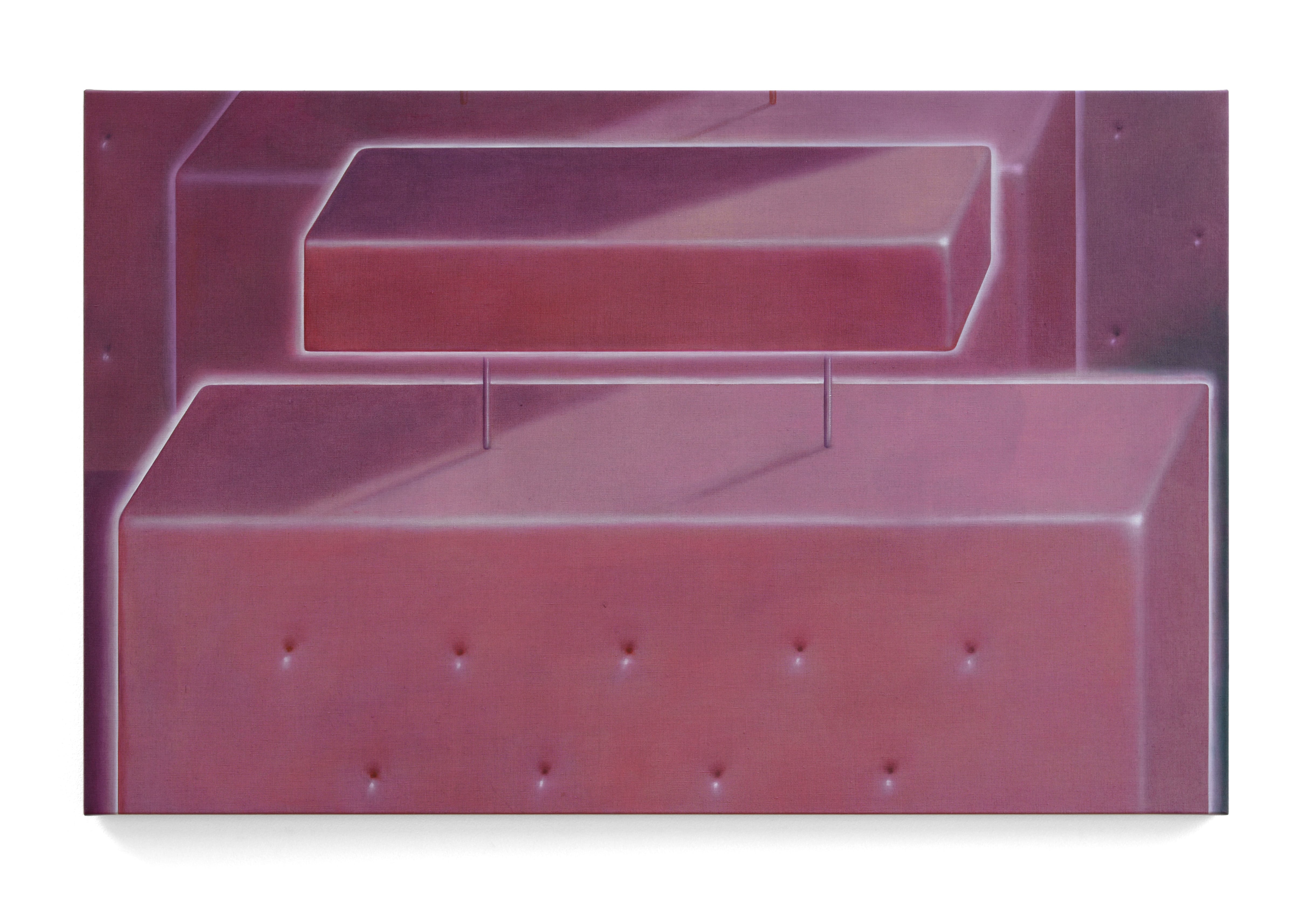 By listening, following, and interacting with its codes and signs, one can discover keys and clues which in turn enable escape to an elsewhere.