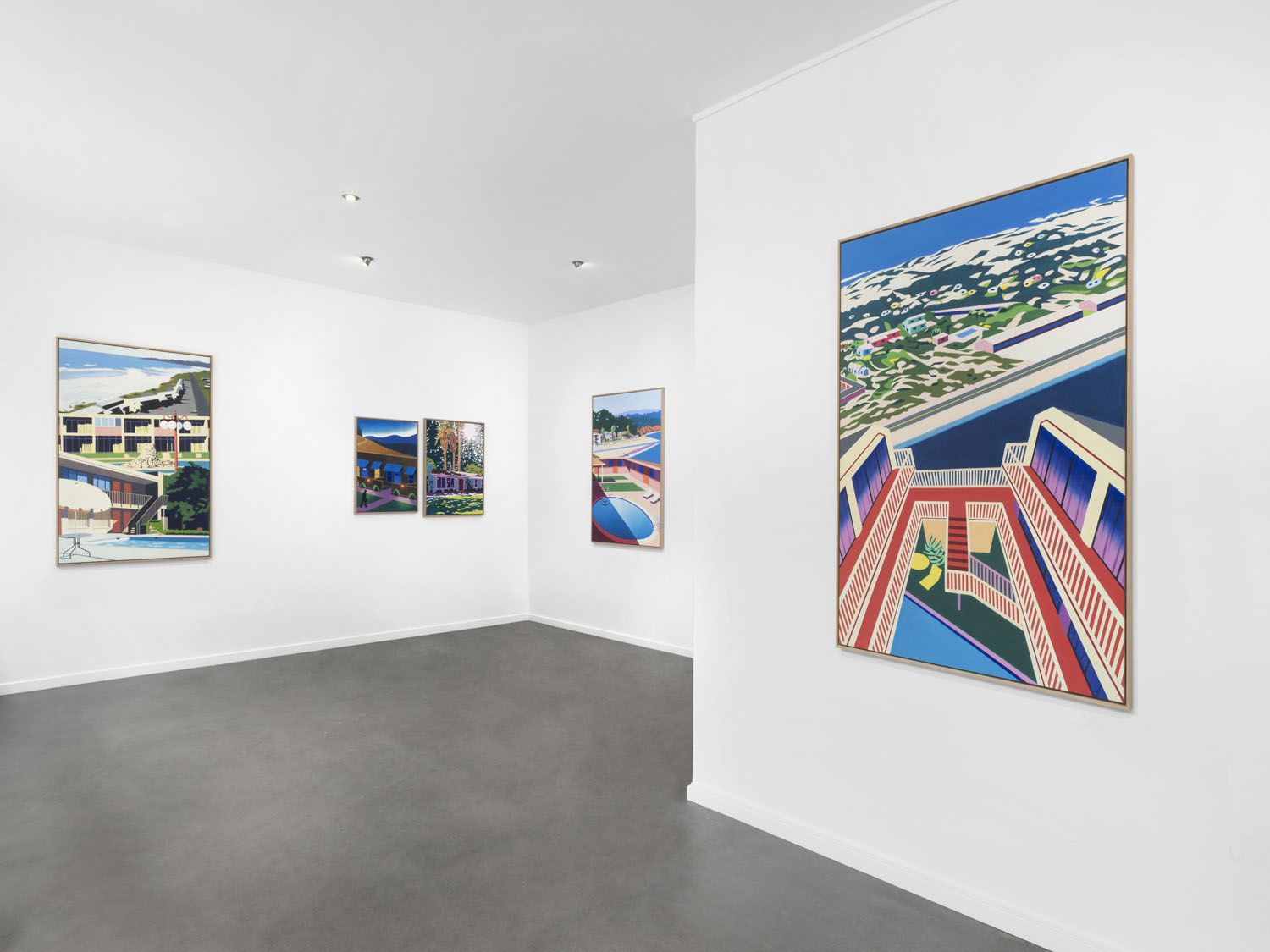 GALERIE MIGHELA SHAMA is delighted to present WARNER WILLIAMS PAINTINGS, a new exhibition featuring paintings from the early 1980’s to the present day. 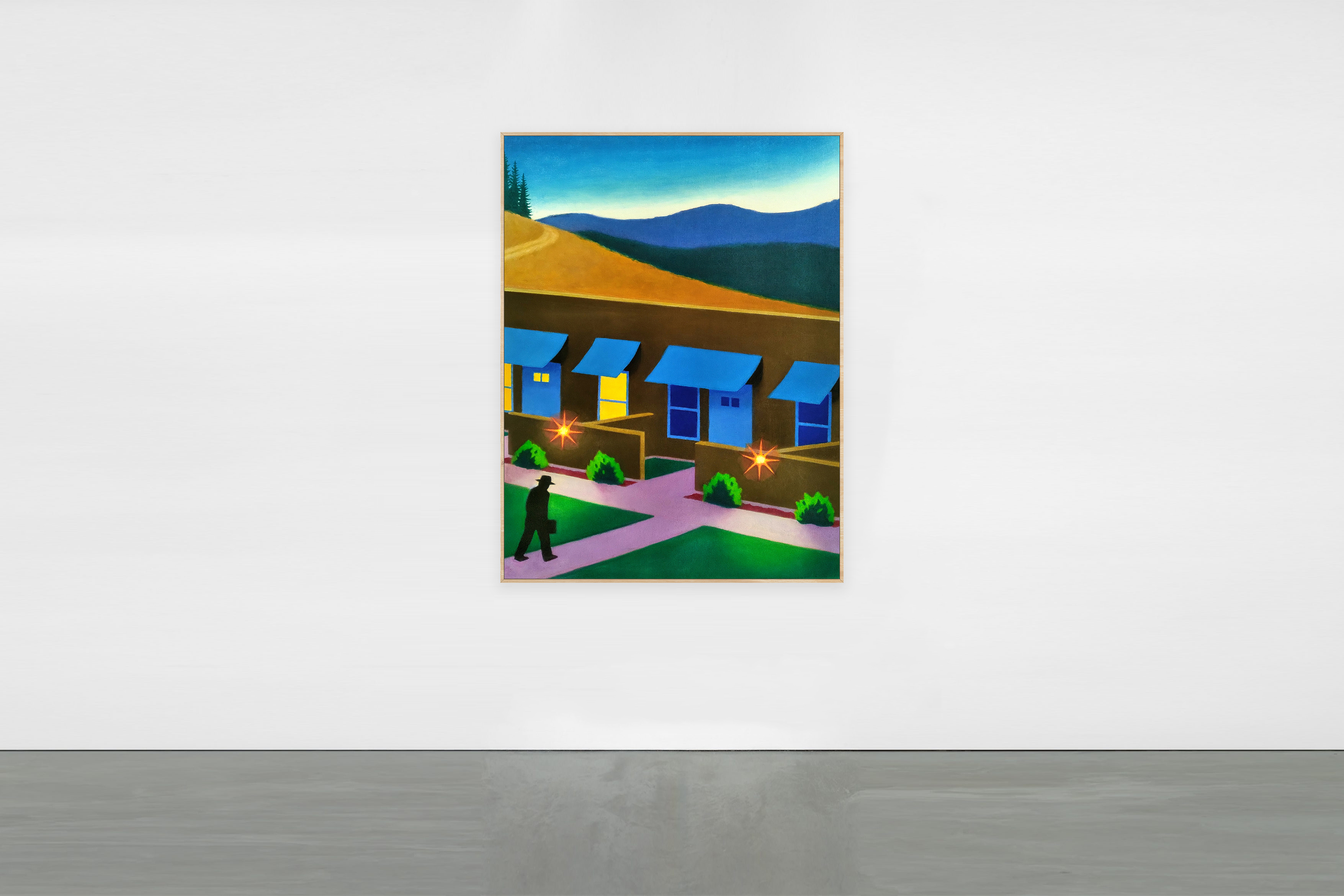 Williams was born in 1949 in Carmel, California. He has distinguished himself by standing on the outside of the art world for over 30 years.

Williams was taught by three masters of the Bay Area Figurative Movement and Bay Area Abstract Expressionism, Frank Lobdell, Nathan Oliviera, and Keith Boyle, whilst at Stanford University in the early seventies. 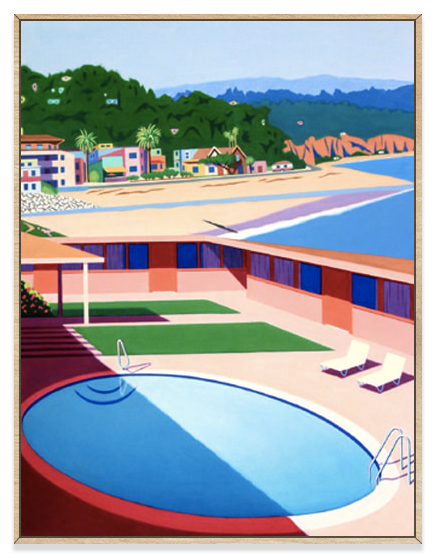 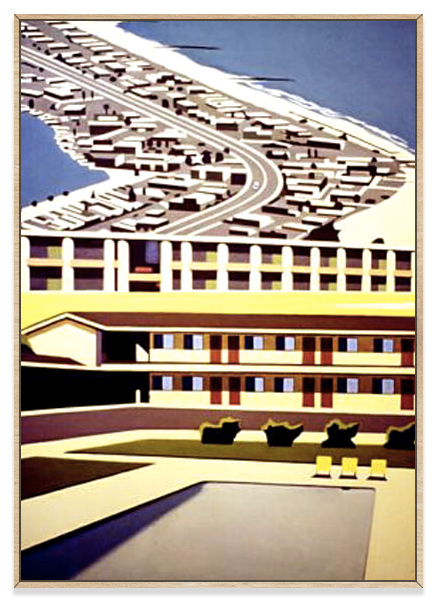 As a subject matter Williams used the environment he grew up in - Central California in the Fifties and Sixties - a landscape of orchards and beautiful coastlines, surf boards and hot rods, the Beach Boys and rock and roll and Stratocaster guitars. But it was also a landscape of shocking contrasts, with super highways brutally dominating the landscape, suburban housing developments and industry invading the natural beauty. 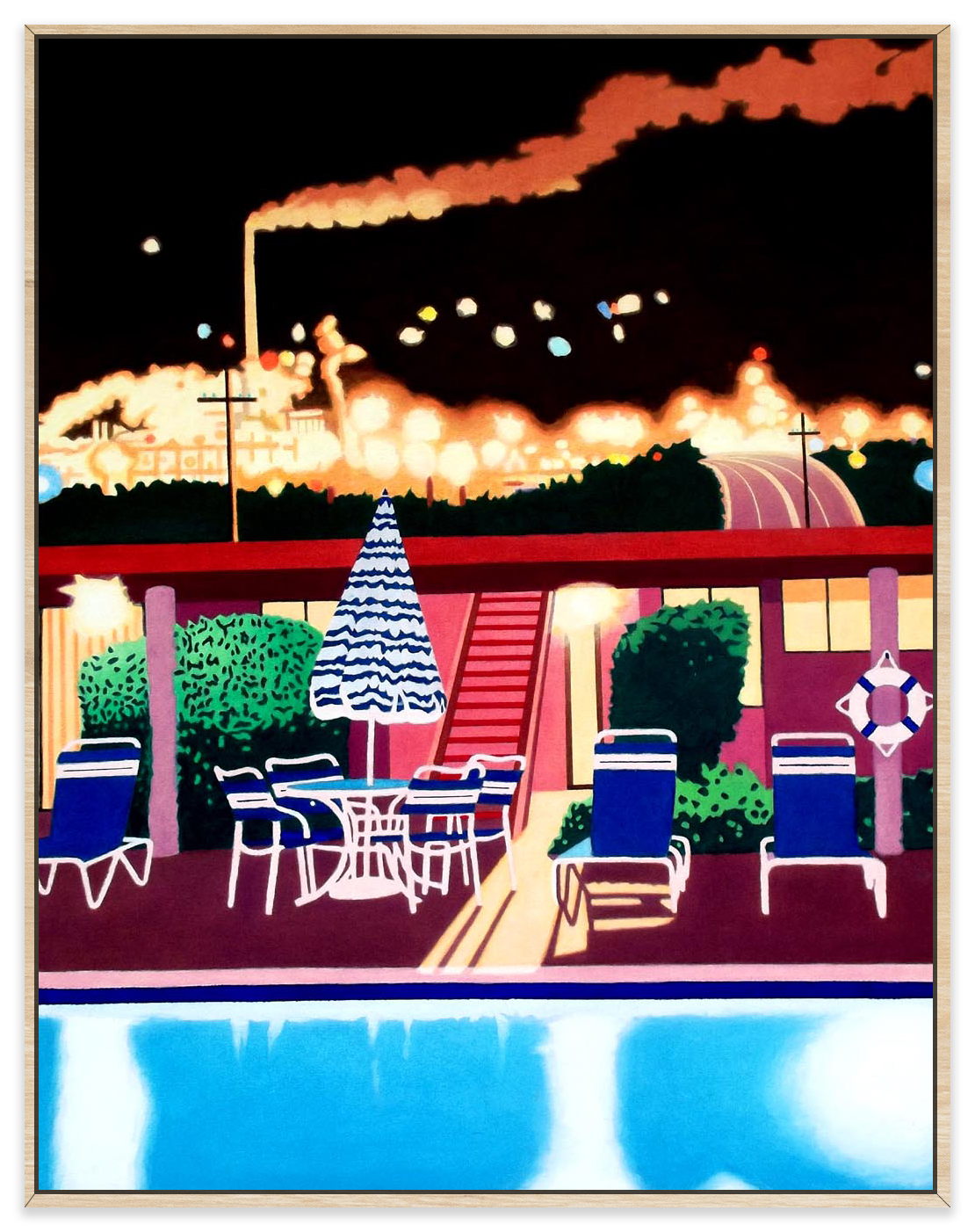 Warner early on distanced himself from his contemporaries by rejecting thick impasto and heavy paint. Instead, he employed a flat "staining" method with oil paint on the gesso, as well as the use of meticulous line. Another significant element in Williams' practice is his removal of the human figure from his recent works . Taking "ego" of humans out of the main narrative and removing them as the primary visual distraction. 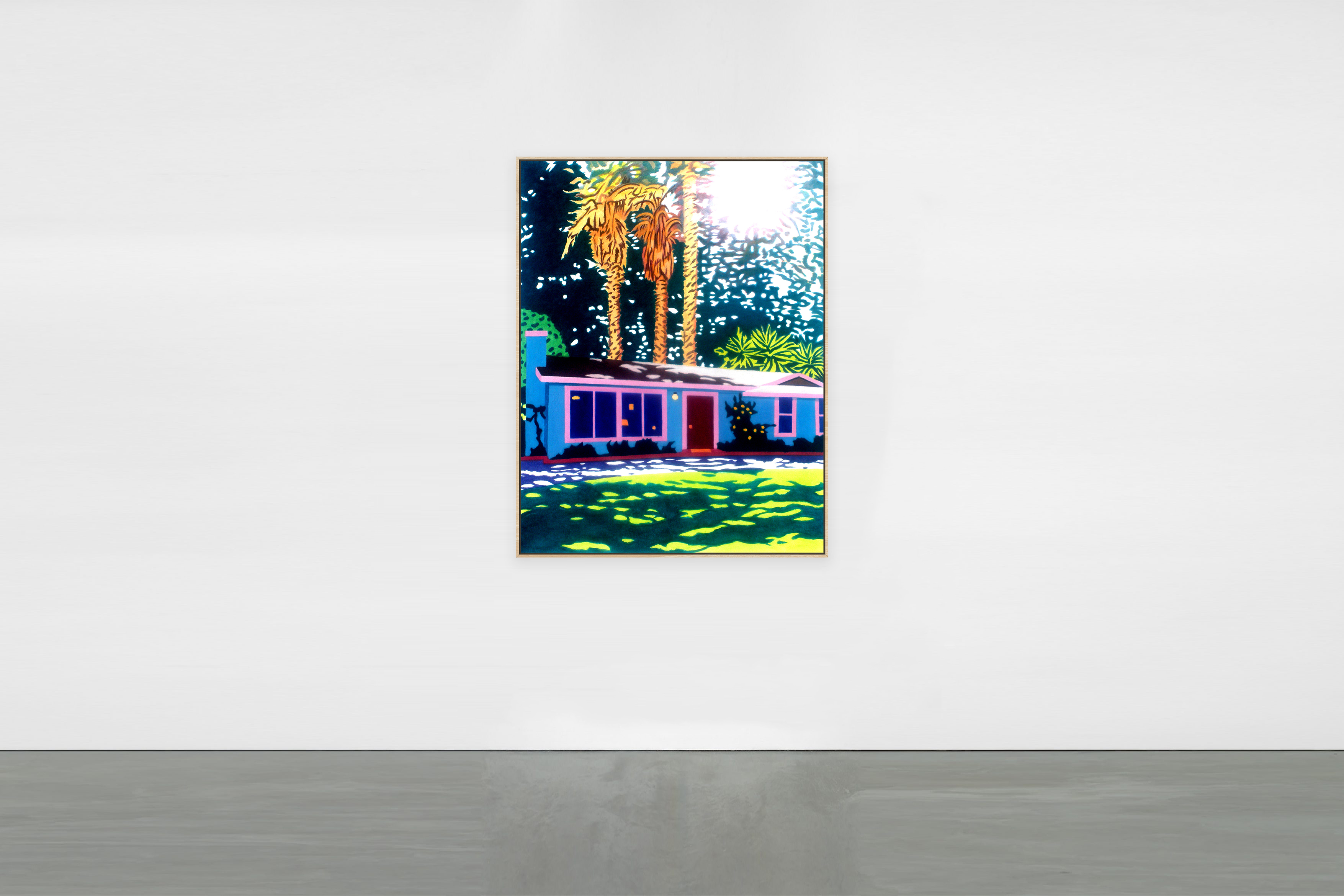 Warner's paintings often don't have a clear foreground or background. Every part of the painting is just as important or interesting as every other part of the painting, achieving what Warner calls "overall painting". Whereas cubism had multiple viewpoints of an object, Warner's paintings have multiple viewpoints of space. This is in keeping with one of the age-old aspirations of art, to create the sense of harmony and unity in the overall work. This is also due to the fact that Warner was the only member of the abstract expressionist generation to be influenced by rock and roll. Warner saw Jimi Hendrix at Monterey Pop. Warner identified strongly with Brian Wilson, who was trying to make "teenage symphonies to God." The fact that Warner's paintings are built from three or more distinct scenes or viewpoints mirrors that classical structure of a hit rock song, of verse-chorus-bridge. Like a great rock song, Warner's paintings have a sense of electricity, aliveness and perfection.

Warner explains “I believe in sacred geometry, significant form, and the spiritual resonance of color because I have seen them. Space, light, and color reactions are used as a kind of retinal research in my work. By using multiple vanishing points I can see over many horizons. I seek the level of poetry and music in a tightly structured whole” 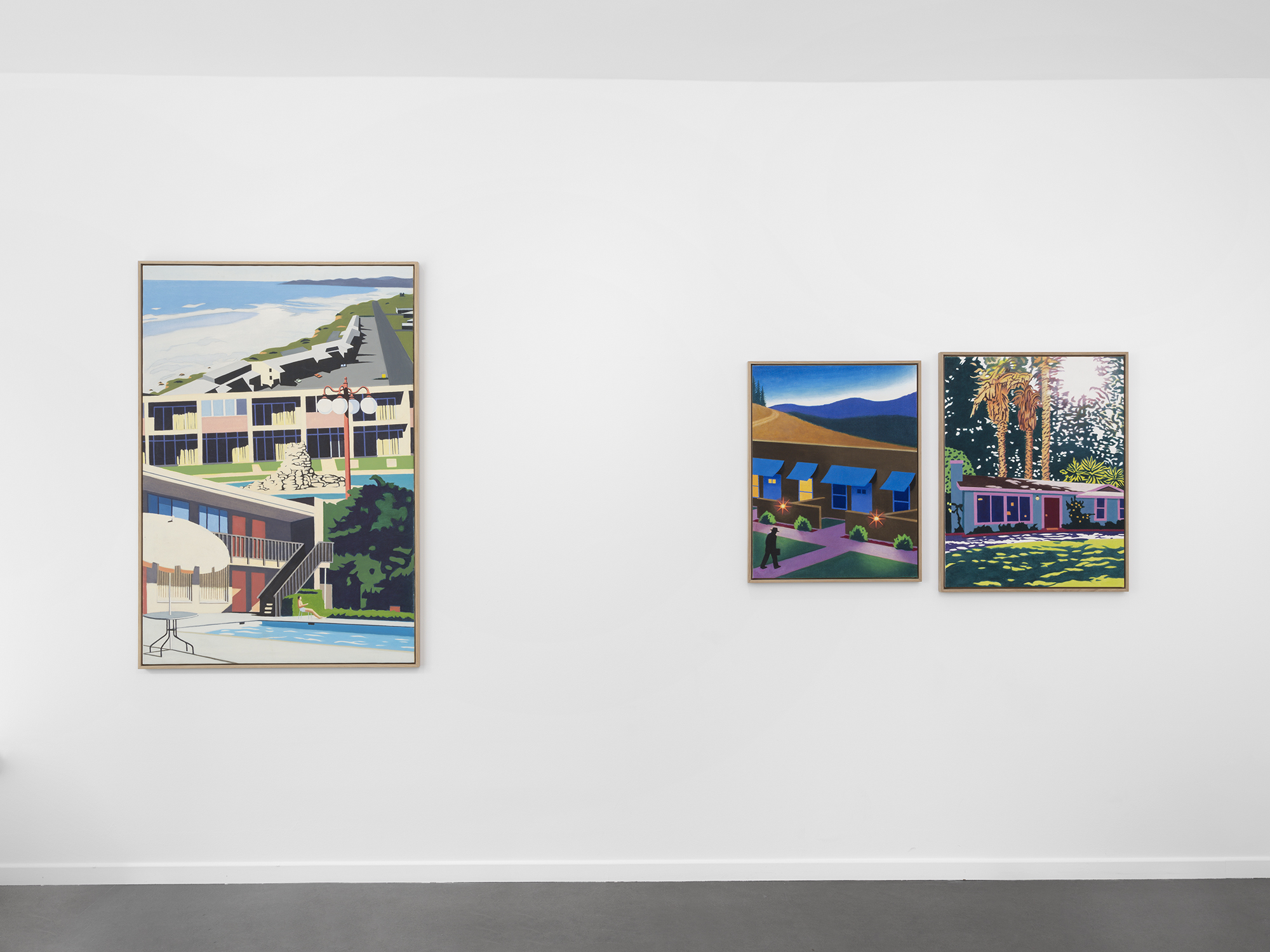