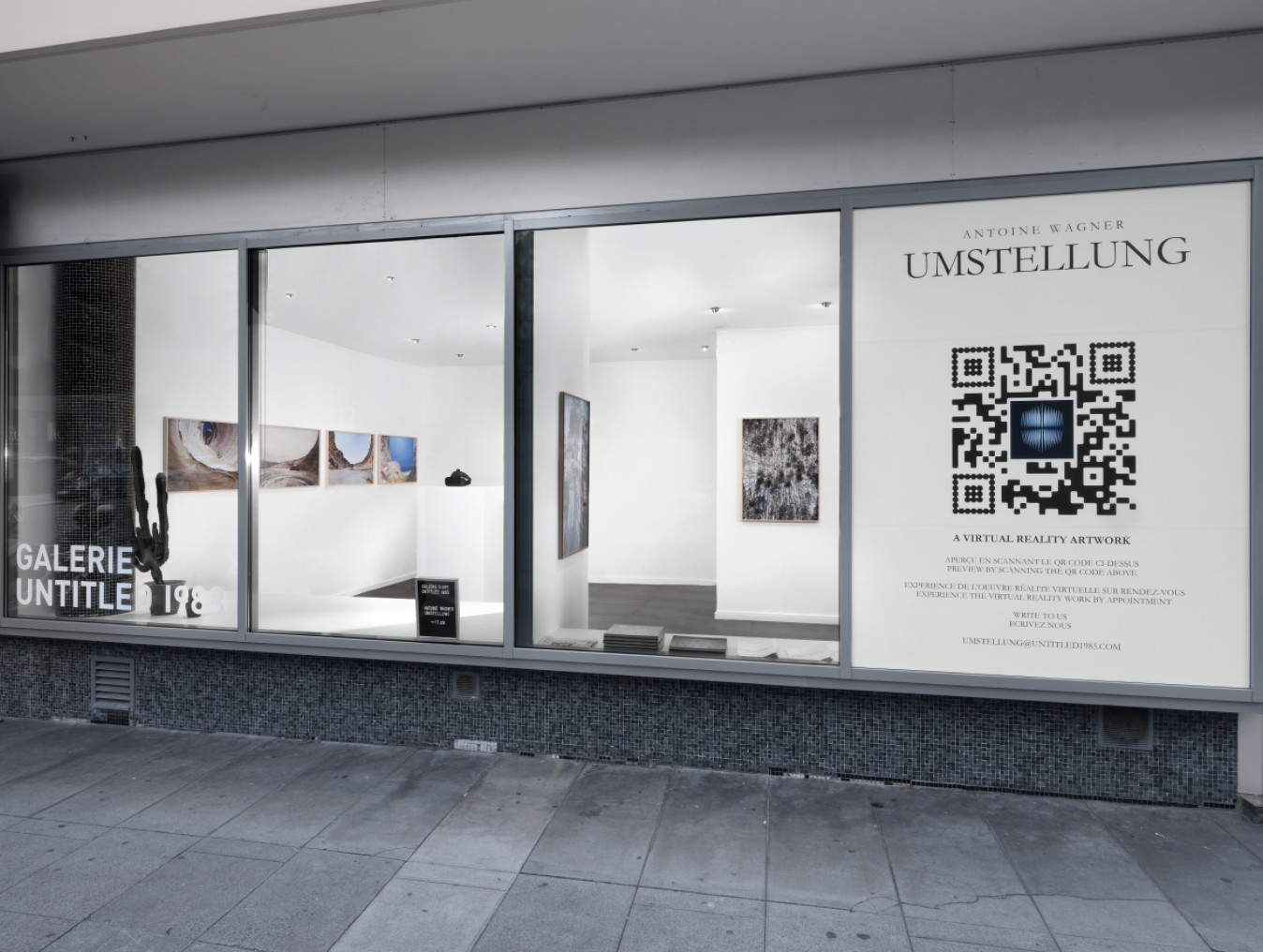 Installation view of Umstellung by Antoine Wagner. Displayed on the gallery window, a QR code makes it possible to download an excerpt of Umstellung using a smartphone. The intriguing sneak peek is overlaid by the artist's voice explaining his creative process.

Umstellung is Antoine Wagner's first virtual reality work. The artist executed the work over the last few months when he found himself confined within the Catskill mountains in the region of Woodstock, two hours from New York City. The artwork evokes the importance of nature in the current context, as well as its extraordinary capacity for adaptation through time. In fact, is the translation of the German title Umstellung. 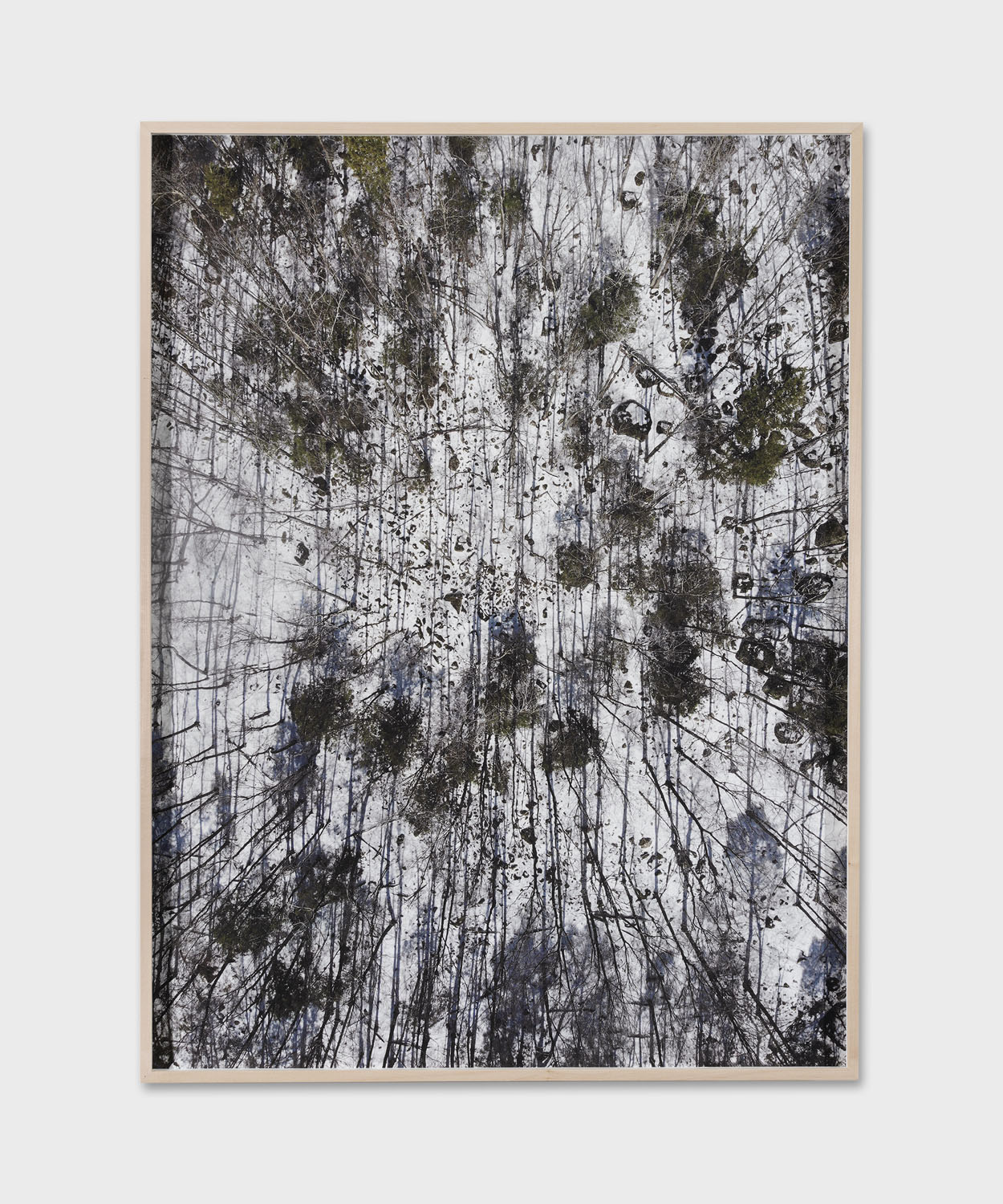 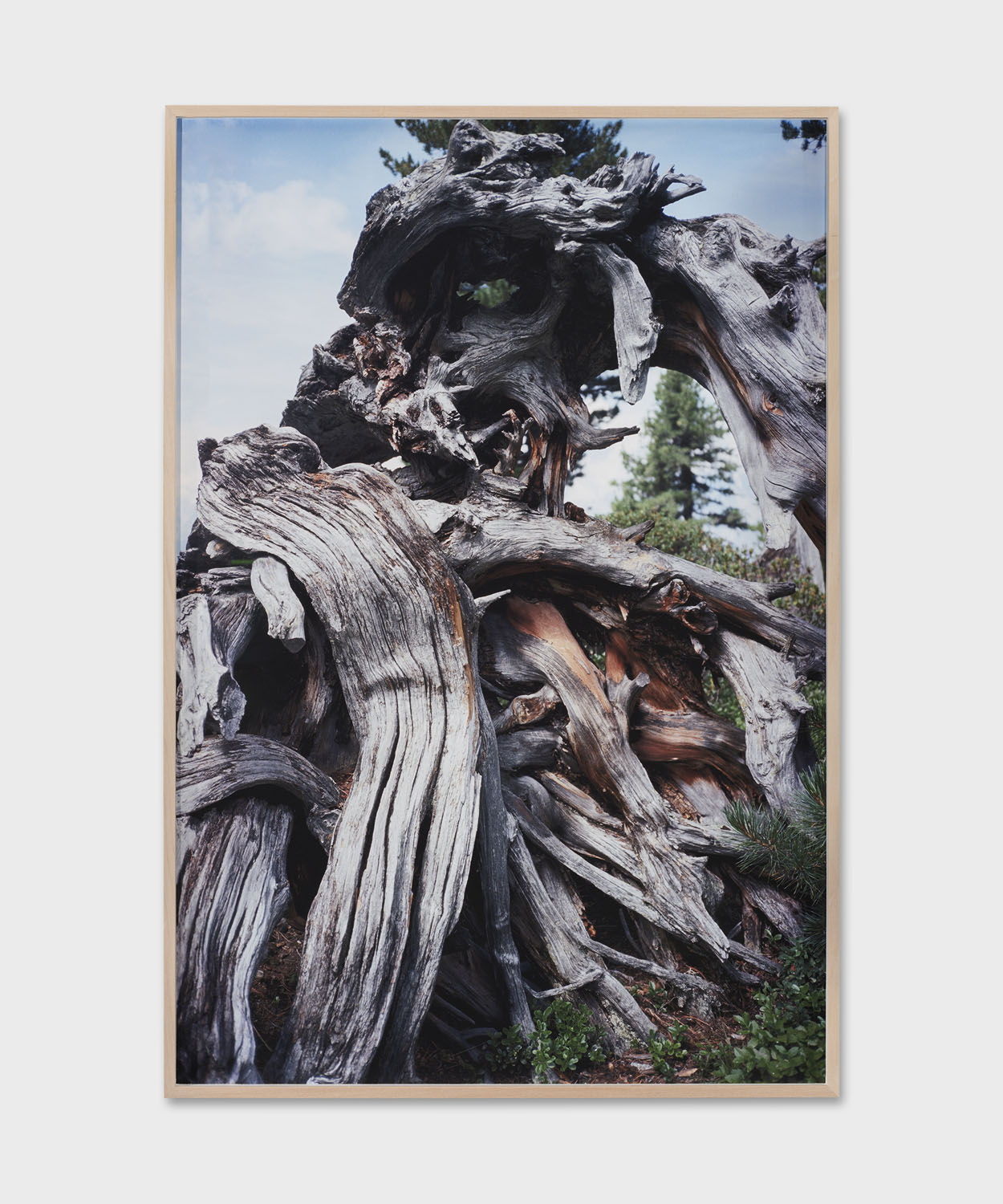 While Umstellung makes reference to the continually changing character of nature, it also points to the artist's creative process as he was compelled to adapt to the current context of the pandemic. "think that it is important to talk about art in times of crisis. The idea of adaptation has interested me for a long time, but the experience of these last few months has confirmed my contemplation, states Antoine Wagner". 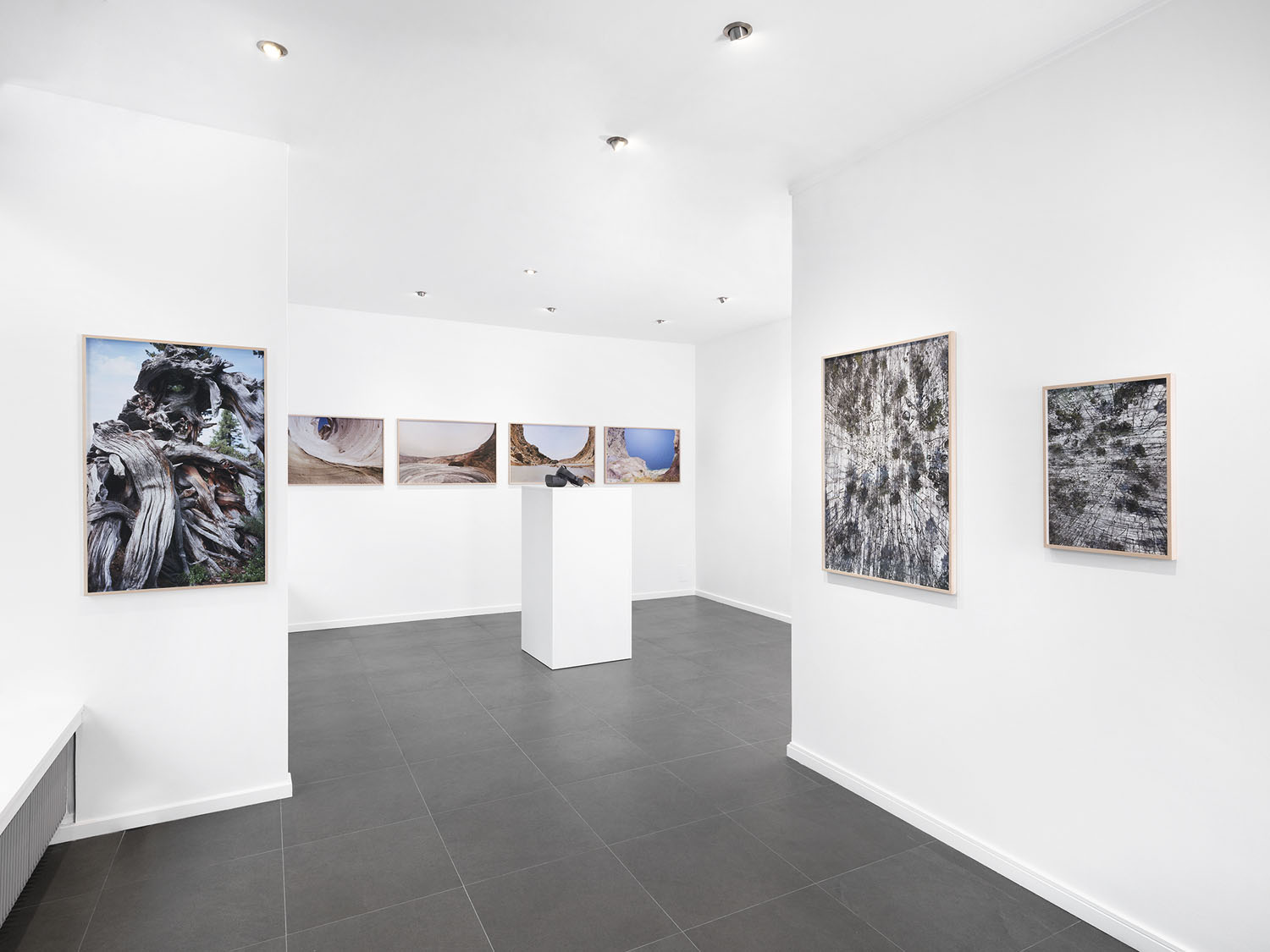 Installation view of Umstellung by Antoine Wagner. Courtesy of the Artist and Galerie Mighela Shama. 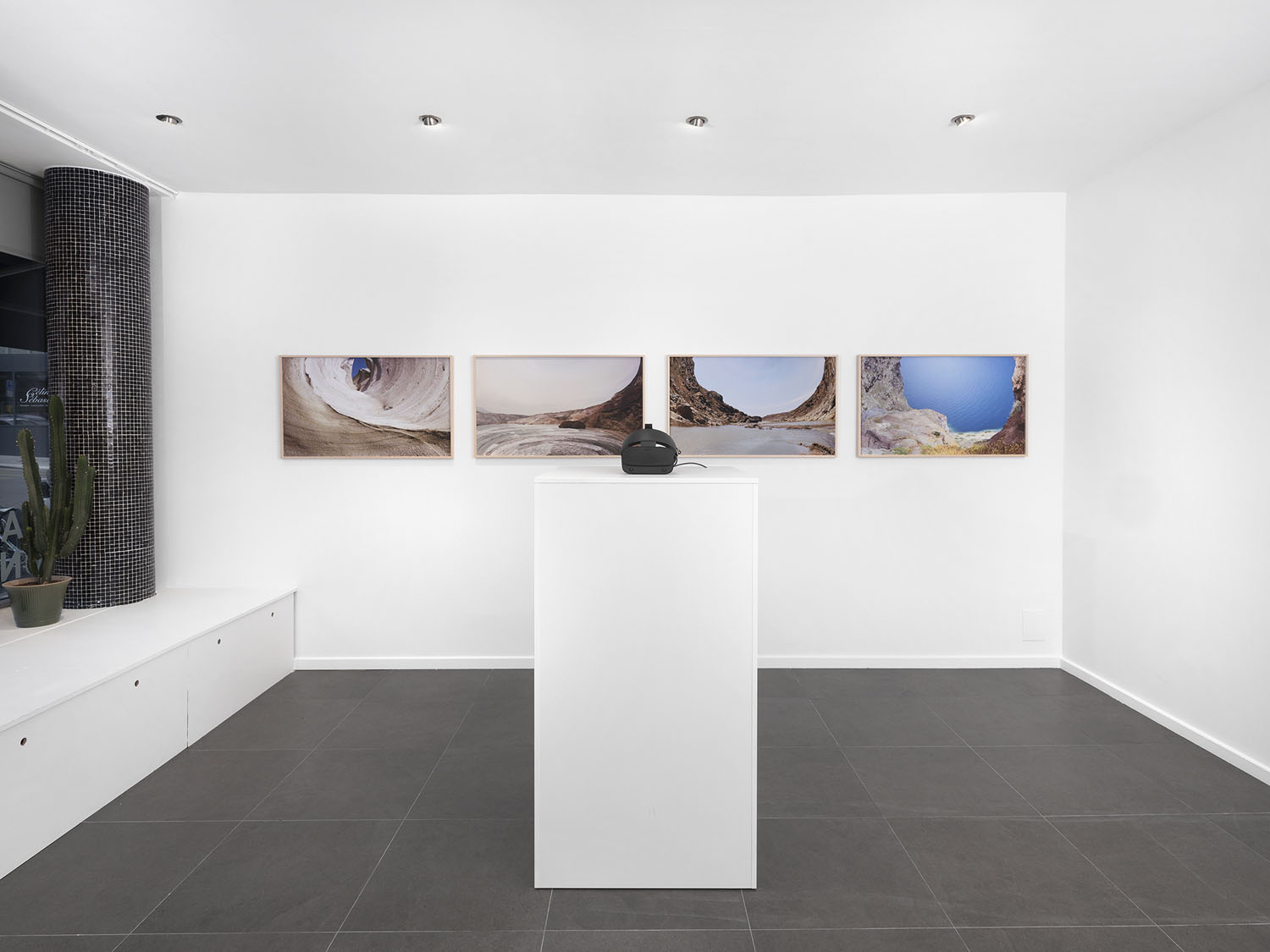 Installation view of the Umstellung exhibition by Antoine Wagner. Courtesy of the Artist and Galerie Mighela Shama.

For a duration of approximately twenty minutes, Umstellung immerses the spectator in an artificial environment made up of images captured using a drone and a camera, combined with sequences recorded by various artist friends. The result is a work that is both immersive and participative. Viewed through an Oculus headset, Umstellung guides the spectator through a succession of theatrical backdrops that mingle fact and fiction. Standing on a mirrored floor, the viewer is invited to embark on a quest for identity. This introspective circuit enables each spectator to make their own way through a reconstructed version of nature.

The sound, an integral part of the experience, plays a fundamental role in this inner-directed journey. Making it as three-dimensional as the visual experience was one of the great challenges for the artist. 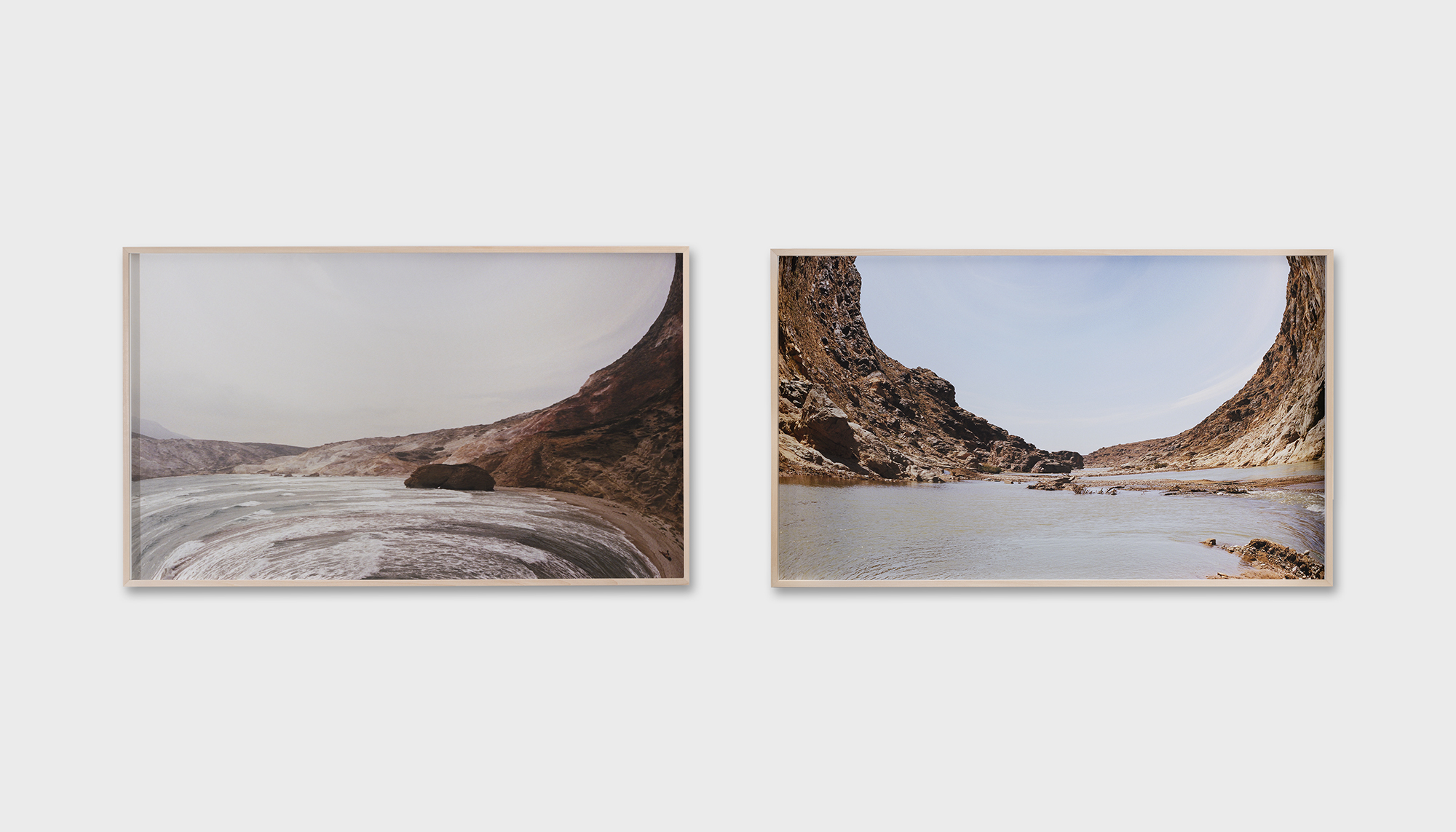 The exhibition at Galerie Mighela Shama also includes photographs by Antoine Wagner. They are a true antecedent to his virtual work, since the images evoke fictional landscapes. While nature is a constant source of inspiration in the artist's work, mythological narratives also constitute the basis for many of his works.